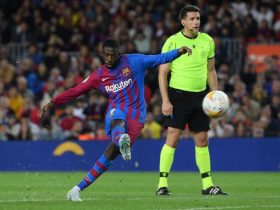 The French defender scored his side’s third goal against Brentford on Monday night, which was the Red Devils’ penultimate home game of the 2021-2022 season. And what a coolly taken attempt it was from the defender.