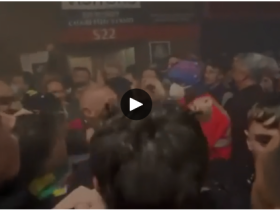 After a video showing him punching and kicking a cat was published online in February, Kurt Zouma entered a guilty plea to the charge of abusing animals earlier on Tuesday.

The sentencing of the West Ham center back will now take place on June 1st since it has been postponed.

Keep looking at the screen.
Fans from different parts of the country made fun of Zouma for his behavior, which led to one of the most upsetting incidents of the current season. Zouma was back on the field nearly quickly after the footage was made public, despite the fact that West Ham did denounce his behavior, as reported by Eurosport. However, the club did not take any formal punishment over the incident.

Zouma took extraordinary precautions to ensure that no one could take photographs of him arriving for his court date, as he was intent on avoiding the scrutiny of the media. When Zouma got out of the car, the security guards held up two umbrellas, and as they led him into the building, Zouma wore a hood over his head. 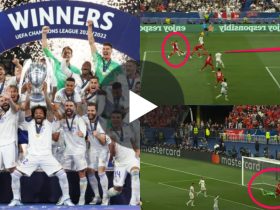 While it is true that the paparazzi can be intrusive, the security guards at Zouma come dangerously close to knocking over the photographers as they enter, and one of the umbrellas that was being used as a makeshift barrier breaks as a result of the incident.

A lesson from West Ham's @KurtZouma on how NOT to arrive for a trial….#WHUFC pic.twitter.com/uIhNpg2xgU