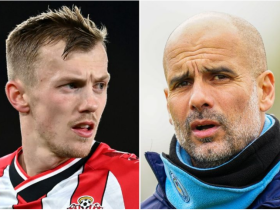 For Manchester United, Cristiano Ronaldo has never been a problem and is frequently a solution. A successful Erik ten Hag relies on him going forward.

Take a look at the stats: Cristiano Ronaldo has 23 Premier League and Champions League goals in 36 games in his first season back in England after 12 years.

Long ago, the dreary discussion between Cristiano Ronaldo and Lionel Messi was finally settled. Cristiano Ronaldo has won the Champions League, the Europa League, and the Premier League. To escape the Ligue 1 procession, Messi crossed the border to Paris Saint-Germain, where he has scored a pitiful nine goals in his short time there.

Cristiano Ronaldo and Lionel Messi were both on the move in the summer of 2014, and Ronaldo once again overtook Messi. When Messi swapped masks, his mask fell off.

However, despite having one of the worst teams and seasons in living memory, Cristiano Ronaldo sits joint-second in the Premier League’s scoring charts with Heung-min Son.
Ronaldo has scored eight goals in seven appearances versus Manchester City, Liverpool, Chelsea, Tottenham Hotspur and Arsenal. From Villa Park to Anfield and the Etihad, United have struggled when Cristiano Ronaldo has been away.

Sources in Manchester United’s dressing room indicate that young players are in awe of Ronaldo, and even seasoned players like Jesse Lingard, 29, and Phil Jones, 30, “adore” him. After the 5-0 defeat by Liverpool in October, Ronaldo kept the team intact. Tottenham and Atalanta were both wins for him in the next two games

Since Louis van Gaal’s soporific stint at Manchester United, genuine United fans have reacted angrily to the word “philosophy.” Ten Hag has swiftly become a hero to football fans of a certain persuasion, despite the fact that Ajax has been knocked out of the Champions League twice and exited the last 16 of the competition three times since the semi-final run in 2019.

As if Ten Hag is a more esteemed or entitled coach than Jurgen Klopp or Pep Guardiola, some are already wondering if Ten Hag can accommodate Ronaldo. Ajax’s centerpiece, Sebastian Haller, was a write-off at West Ham before being signed by Ten Hag.

If Chelsea had Cristiano Ronaldo in their starting XI, they would have won the Premier League.

Ronaldo has been the match-winner in 10 of United’s 19 victories this season. It’s not uncommon for Ronaldo to be the answer to a problem.

When Roy Keane said, “He’s such a major problem for Manchester United, scoring goals week in and week out… it’s not good,” he was joking.
With Edinson Cavani’s departure, it’s a good thing United signed Ronaldo back up.

Marcus Rashford’s impotence and Anthony Martial’s irrelevance are all factors in his decision to relocate to his Montevideo retreat.

This’standards’ banner at the Stretford End that features the likes of Keane, Robson, and Cantona is only adorned by Ronaldo. Ten Hag has no choice but to head straight for him.

Take a look at the facts.